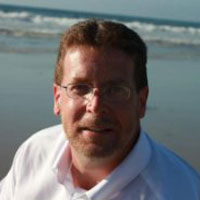 After serving his country in the United States Air Force, Mike Jones has managed the data center for BayCare Health System since 2005. BayCare is a not-for-profit health system consisting of 12 hospitals located in the Tampa Bay and Central Florida area. Mike’s team is made up of Mainframe Programmers, Data Center Operators, and Data Center Engineers, who’s primary responsibilities include system operations, performance and capacity monitoring, and infrastructure installation in accordance with industry standards and best practices. Mike also manages BayCare’s Disaster Recovery program, successfully orchestrating multiple tests per year since acquiring the position in 2012. Mike is also responsible for energy efficiency initiatives at the data center, including cold aisle containment of IT systems as well as demand-response conservation programs with on-site generators. Mike is the only member of the Greater Tampa Bay Chapter of AFCOM’s board that has served since its inception in 2005, having been elected as Treasurer and now President.